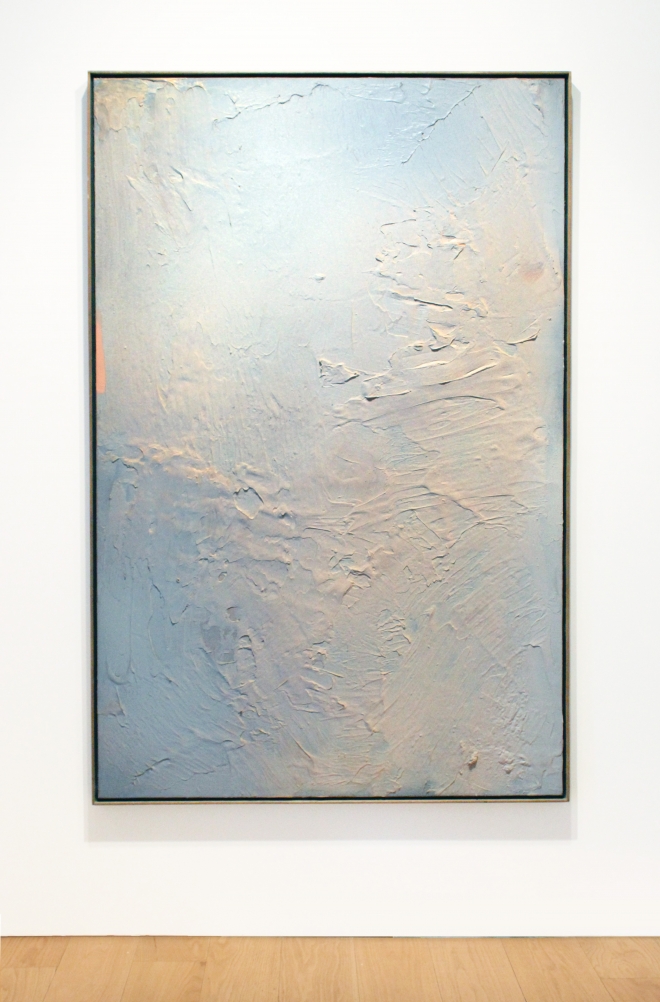 A suavely fabulous show at Leslie Feely is “Jules Olitski: On the Edge – A Decade of Innovation” (through January 16; closed December 24 to December 28, and December 31-January 1).

The decade referred to in the career of this still underrated, perhaps difficult master is the 1970s (14 magnificent paintings on view are dated 1972 to 1978).

During this period, Olitski – an abstractionist born in Snovsk, but raised mostly in Brooklyn -- was moving on from his “spray” paintings of the later 1960s, but had not yet arrived at his “baroque” period of the 1980s, when he would lather on quantities of gel.

The paintings at Leslie Feely are no longer as bright and warm as Olitski’s best-known “stain” paintings of the early ’60s. They have even moved on past the still-radiant palette of the sprays, to a nearly monochromatic Olympian detachment.

These paintings aren’t minimal, though. Unlike the rigidly geometric works of Robert Mangold, Jo Baer or other minimalists of the period, Olitski’s freer surfaces glow with evidence of the human hand at work.

Paint has been irregularly scraped, spread, sprayed, swept or swiped onto the canvas, whether it’s quiet gray, tan, gold or another color.

And they're all just -- plain beautiful.

Olitski, who died in 2007 at 84, benefited initially but may have suffered since from the fact that throughout the 1970s and ‘80s, controversial Clement Greenberg called him “our best painter.” Maybe now viewers can appreciate his work upon its own merits.