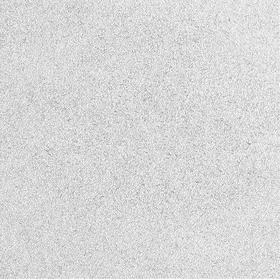 “You have to get close, then move back, slowly,” I tried to explain to a motley group of graduate students whom I asked to see the recent paintings and drawings by Cornelia Thomsen at the uptown Leslie Feely gallery. This highly original hard-edge painter and soft-edge draughtswoman has produced one of the more interesting exhibitions involving color, line, and form in the current enterprise of abstract painting. Her pictorial images, which are a compendium of layers of color involving time, intuition, and pressure from hand to surface, appear to have their own point of view rather than conforming to the current look of abstraction, which, given the plethora of art media today, already has begun to appear repetitive.

Perhaps one of the reasons for the success and unique appearance of Thomsen’s work is that she is not coming out of an Anglo-American point of view as in “Color Field” abstraction — the term that displaced Clement Greenberg’s more complex notion of “Post-Painterly Abstraction” — but from an education in Germany that allowed her to evolve in a more qualified direction, as opposed to the kind of fashionable quantifications to which American higher art education has finally succumbed. As much as one might compare her work with other American “stripe” painters in the Washington Color School of the late 1950s and 60s, it just does not work.

But none of this is Cornelia Thomsen’s problem. Her paintings have arrived from another angle of vision, and from another worldview; because of this, she has worked steadily for the past several years to evolve a brilliantly executed group of paintings and drawings that appear fresh and vital. I use the term “fresh” in the synchronic sense, which has momentarily displaced the diachronic one, that is, if one chooses to go the route of Jean Piaget’s Structuralism.

But Structuralism is less her cup of tea than Formalism, but less in the Greenbergian sense than emanating from the Russian model. Her color, light, and form emerge less from “self-critical” inquiry than from a rigorous intuition whereby nature is represented (and transformed) through a vertical topology, despite the fact that her paintings begin uniformly on a horizontal register. Take “Stripe Nr. 70″ (2013), painted in a densely packed ensemble of darkish blue tones. The painting is not only done with blue pigment, but the overall affect is one of a romantic dusk in which the light begins to fall and the blue gradually turns to blackness. This might be contrasted with “Stripes Nr. 71″ (2013), which emphasizes a bright yellow effect, resulting not only from a sharp change in pigment, but also the fact that the linear elements are less densely packed. A third painting, “Stripes Nr. 72″ (2014) projects Thomsen’s feeling for openness even further. While the overall affect of the color is less definitive (neither dusk nor noon), the air is colder and more open to the onset of a wintry light. While Thomsen’s leanings toward nature in her paintings are profoundly felt, they are less Eastern than coming from the logic of Western abstraction, in essence, an update of Der Blaue Reiter.

In addition to the rigidly vertical paintings, Thomsen has a whole other side, one that is equally enticing. These ink drawings on paper are superficially the opposite of the paintings, but not really. They function more as a complement in that sense that what is removed from the public sphere in the Garden series becomes the intrinsic, if not intimate persuasion of a light that verges on a kind of drifting. By that I mean the strokes of the ink pen are not punctuated but move quietly, yet intensely, from one placement or area of concentration to another. This result in a kind of cotton-like surface in the larger works on paper, called Structures, and a more purely abstract surface in the smaller ones. The complementary relationship between the oils on canvas, Gardens, and the inks on paper, Structures, is intriguing and occasionally mesmeric.

Here I return to the prospect of looking close and moving backwards slowly. In doing so, let me suggest that there is no reproductive medium, whether electric or print, that truly captures the sensory delight of these works. They are ineffable and brilliantly executed. One must go to the actual site — the gallery walls — to view these works. Only then will the visual and transcendent satisfaction settle into place, only then will the resolution of the formal means touch the tendons of light and retrieve the overall vista. One must move in reverse, but only after having been close up. There is less opticality in these works than visual splendor. The two should never be confused. Having said this, the attention to detail is magnificent. But it is technique at the service of inspiration and lightness, that is, being in the right place at the right time.